Getting to the heart of the matter

What will it take

To get to the “heart of the matter”

to get down to truth.  Everyone is interested in truth, right? 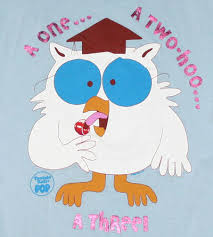 How many scandals, lies, deaths, “crises” wars, false flags have been perpetuated, instigated and covered up by men and women in powerful places through-out history?

(Let him who is without sin cast the first stone) 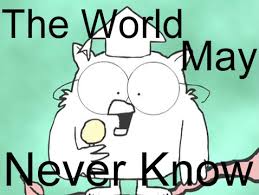 But God sees and is keeping record.

(Not just of leaders, but of fathers and mothers, businessmen and pastors, you and me)

Nothing in all creation is hidden from God. Everything is naked and exposed before his eyes, and He is the one to whom we are accountable. Hebrews 4:13 NLT

But after thy hardness and impenitent heart treasurest up unto thyself wrath against the day of wrath and revelation of the righteous judgment of God; 6 Who will render to every man according to his deeds: 7 To them who by patient continuance in well doing seek for glory and honour and immortality, eternal life: 8 But unto them that are contentious, and do not obey the truth, but obey unrighteousness, indignation and wrath, 9 Tribulation and anguish, upon every soul of man that doeth evil, of the Jew first, and also of the Gentile; Romans 2:5-9 KJV

It is appointed unto man once to die, but after this, the judgment. Hebrews 9:27

Knowing this first, that there shall come in the last days scoffers, walking after their own lusts, 4 And saying, Where is the promise of his coming? for since the fathers fell asleep, all things continue as they were from the beginning of the creation. 5 For this they willingly are ignorant of, that by the word of God the heavens were of old, and the earth standing out of the water and in the water: 6 Whereby the world that then was, being overflowed with water, perished: 7 But the heavens and the earth, which are now, by the same word are kept in store, reserved unto fire against the day of judgment and perdition of ungodly men. 8 But, beloved, be not ignorant of this one thing, that one day is with the Lord as a thousand years, and a thousand years as one day. 9 The Lord is not slack concerning his promise, as some men count slackness; but is longsuffering to us-ward, not willing that any should perish, but that all should come to repentance. 10 But the day of the Lord will come as a thief in the night; in the which the heavens shall pass away with a great noise, and the elements shall melt with fervent heat, the earth also and the works that are therein shall be burned up. 11 Seeing then that all these things shall be dissolved, what manner of persons ought ye to be in all holy conversation and godliness, 12 Looking for and hasting unto the coming of the day of God, wherein the heavens being on fire shall be dissolved, and the elements shall melt with fervent heat? 2 Peter 3:3-12

Just because the Lord has been merciful, patient, and slow to wrath, do not make the fatal mistake of believing that He will not fulfill His promises.  The day of His appearing is very near.  Be judged now, and admit being a sinner, repent and call upon Jesus who said “I am the Way, the Truth, and the Life.  No man cometh unto the Father but by Me”.   John 14:6

He was either a liar, a lunatic, or Jesus was exactly who He claimed to be; God incarnate, forgiver of sins, Creator of the World, Messiah, Emmanuel “God with us”, King of Kings and Lord of Lords.  What will you do with the question of Jesus?