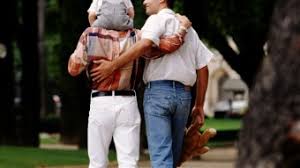 FIRST-PERSON: Wanting a mom & dad — the children of same-sex couples

NEW YORK (BP) — The Supreme Court is deciding whether or not to redefine marriage — and we’re hearing a lot of claims about how well children do when they’re reared by homosexual couples. Sad to say, some of those claims are being made to the Supremes — and they are completely false.

One man who knows a little about this first-hand is Dr. Robert Oscar Lopez, who teaches at California State University at Northridge. Lopez, who says he’s bi-sexual, was raised by his lesbian mother and her partner. And while he’s for civil unions, he’s against redefining marriage.

At “Public Discourse,” a website run by the Witherspoon Institute, Lopez writes of the great professional risk he took when he and Doug Mainwaring filed an amicus brief with the Supreme Court. Risky, because Lopez knows how vicious homosexual activists can sometimes be when anyone disputes their claims. Lopez is speaking out in part because he was asked to do so by others raised by same-sex partners, but who fear the repercussions of going public with their feelings.

Contrary to what the gay lobby claims, Lopez writes, children raised by same-sex parents “deeply feel the loss of a father or mother, no matter how much we love our gay parents.”…….http://baptistpress.com/BPFirstPerson.asp?ID=40450