YESSS!!! Glad to see somebody not cowed by “political correctness”. Insane that it took FRANCE to stand up first. Sheesh. Who would ever have thought America would become synonymous with cowardice. 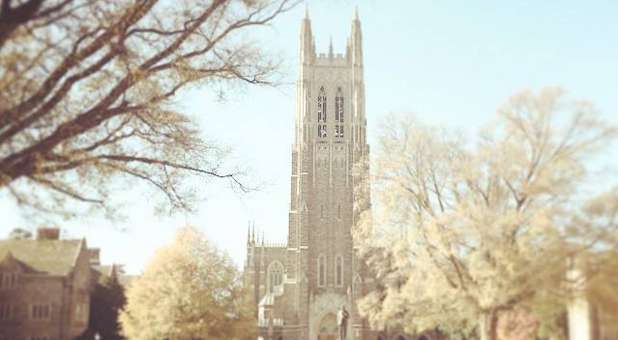 Duke University has abandoned its plan to transform the bell tower on the Methodist school’s neo-gothic cathedral into a minaret where the Muslim call to prayer was to be publicly broadcast.

“Duke remains committed to fostering an inclusive, tolerant and welcoming campus for all of its students,” university spokesman Michael Schoenfeld said in a statement. “However, it was clear that what was conceived as an effort to unify was not having the intended effect.”

The first adhan, or call to prayer, had been scheduled to be broadcast on Jan. 16. University officials said, the Islamic chant, which includes the words “Allahu Akbar” would have been “moderately amplified“—in both English and Arabic.

However, the decision brought a firestorm of national criticism from a number of high profile leaders including Franklin Graham, the son of famed evangelist Billy Graham.

“This is a Methodist school and the money…