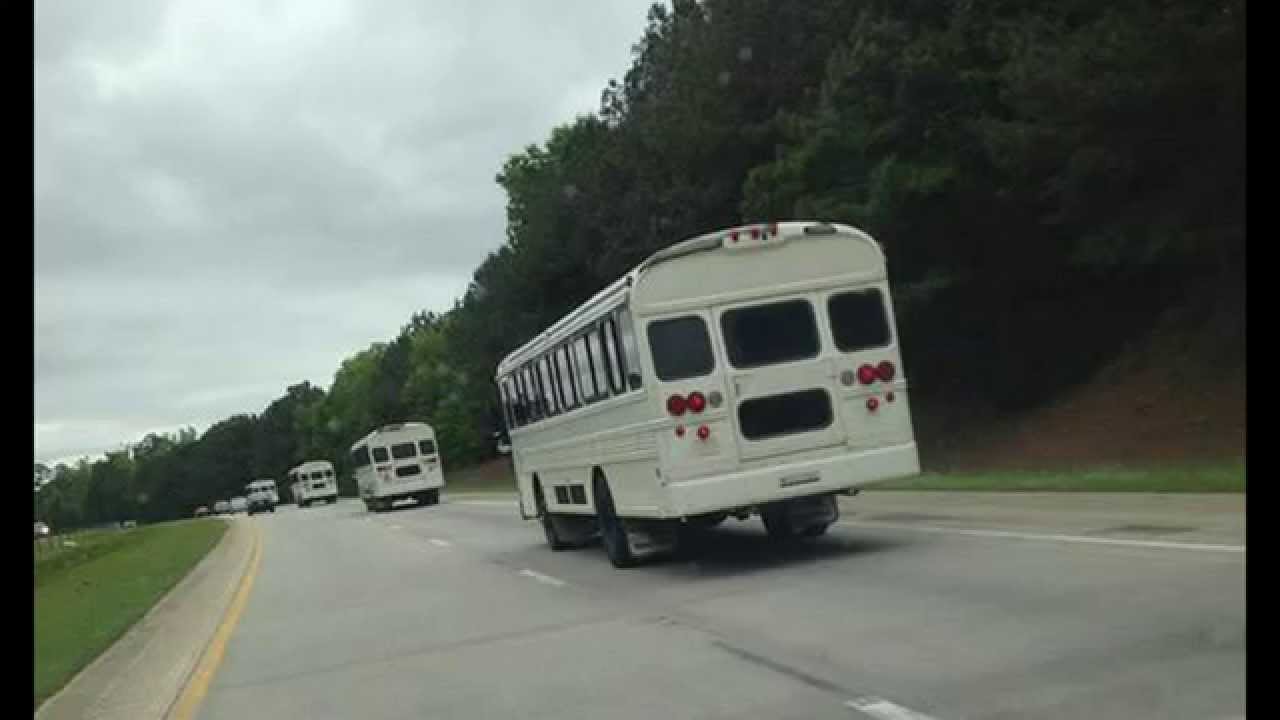 This isn’t the first time we have encountered the Mysterious ‘White Buses’. Just a few months back they were spotted on the highway headed north.

A short time later i discovered a Massive Line of Not only White, but Blue Buses In Baltimore.

The military made a make shift base between the stadiums and was hauling the troops in on these buses.

This all came after people said they were not military, until proven wrong!
Now, the White Buses have been spotted by a veteran truck driver in Florida.

He says he spotted the White Buses entering the Port of Jacksonville.

They were accompanied by a fleet of unmarked white trucks.

The truck driver said he has crosses this country many times in 20 years and has Never seen this kind of activity at this port.