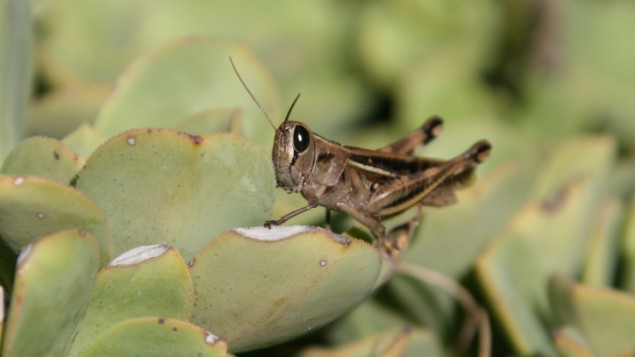 An enormous swarm of locusts is plaguing Egypt, in a development that agricultural authorities admitted they failed to predict.

“The armed forces and the Egyptian border units are trying to battle the swarm with various means at their disposal,” Almoman said, according to a report in Maariv, but the report did not detail what action was taken. The minister appealed to local residents to refrain from attempting to deal with the ravenous horde themselves.

“I ask the families living in the area afflicted with the swarm to not light car tires,” he said. “It doesn’t drive the locusts away, it only causes damage, and it could start a fire that will take human life.”

A ministry official said crop-spraying aircraft will be deployed to tackle the insects, which are a seasonal phenomenon in Egypt — albeit not in such large quantities.

Almoman said strong winds predicted for the coming days are expected to blow the insects in the direction of Saudi Arabia and the Red Sea.

Although winds usually take the insects past Israel, in 2004 a large swarm descended on Eilat and the surrounding area. It did not spread to the more fertile areas in the center and north of the country.

One thought on “Plague of Locusts afflicts Egypt”