President Obama, before you try that gun grab, I have a WARNING for you – Allen B. West – AllenBWest.com 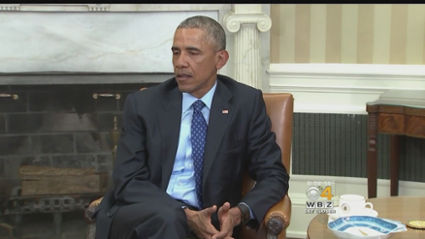 (A message from the man who should have been the first black president, to the man who is pretending to be. –S. T. LLoyd)

President Barack Hussein Obama, on behalf of true Americans, I want to inform you that we will not follow your unconstitutional executive order, We the American people have no other recourse than to resort to civil disobedience. We have no representatives in Washington DC who will stand and the Supreme Court has failed us as well. You have embraced violent protest movements in America such as Occupy Wall Street and Black Lives Matter. We are not lowering ourselves to that despicable progressive socialist “rules for radicals” model. We, the people, are just telling you “No.” We will now be sending you emails and social media posts as well as calling OUR White House to say one word, “No.” And if you persist and take the same course of action as Xerxes, we will give you a two-word response, Molon Labe. Read more at

Source: President Obama, before you try that gun grab, I have a WARNING for you – Allen B. West – AllenBWest.com